This article title is a lie.  I don't like the TIE/Defender.   What I have with the TIE Defender is history.  I will start there.  When I started playing X-wing during first edition, the Defender had just hit shelves.  By the common wisdom of the time, it wasn't very good, compared to the extraordinary pre-nerf TIE/Phantom that released beside it, the Defender was considered laughable.  Nevertheless, I was new to the game, but I was an experienced player of similar games, so I decided I knew better and was going to prove the crowd wrong.   I focused my efforts on a 2-ship list (unheard of for small base ships at that time), Rexler Brath and Colonel Vessery, both with HLCs and as much other stuff as I could cram  onto them.   Through what was probably 30% actually discovering underappreciated things about the TIE Defender (white K-turns and double-modded 4 dice  attacks at all ranges actually make up for a lot of other weaknesses) and 70% just getting a ton of reps in, I
6 comments
Read more

Back in the Saddle 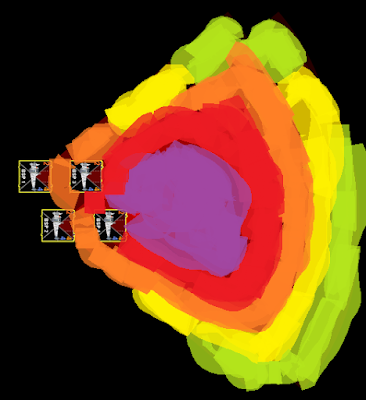 Article 10: The Fat Turret Rises, and Token Stacks to meet it